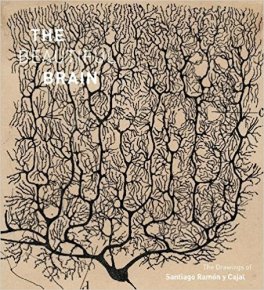 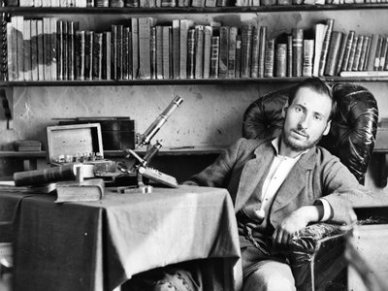 “An entire universe that has scarcely been explored lies before the scientist… Each cell presents us with the unknown, and each heartbeat inspires profound meditation within us.”

He grew up in poor Spanish hill towns near the French border, bright, impulsive, strong-willed, prone to escapades that have more than a touch of the medieval. He was endlessly curious, experimental, energetic, determined to think things through by himself. By eight years old he was drawing incessantly wherever he could, coloring his drawings with paint flaked from walls, bitterly opposed by his doctor father. He was a famously disobedient student, often beaten by teachers, once locked up by himself for more than a day. His father pulled him out of school and apprenticed him to a shoemaker for a year. He was an enthusiast and expert for drawing, painting, birds, nature walks, wooden cannons he built himself. Years later, he plunged deeply into gymnastics, chess, gymnastics, philosophy, hypnotism and whatever else caught his interest. When he grew excited by photography, he not only taught himself excellent shooting skills but developed emulsions for developing prints that were better than what he could buy. He and his father stole bones from a graveyard to help their anatomy studies. He joined the Spanish army as it fought rebellions at home and in Cuba. He survived malaria and then tuberculosis.

Such was the education of Santiago Ramón y Cajal, who became the world’s greatest neuroscientist.

He won the Nobel Prize in 1906 and is best known for his theory that nerve cells in the brain are not directly wired together but connected by chemicals—a theory not confirmed until the electron microscope debuted, decades later. He possessed an astonishing intuition for guessing at brain function based on structure, backed by an astonishing amount of hard work to reveal that structure. He couldn’t afford a good microscope until he was given one for his help in a cholera epidemic. He taught himself German, the language of biomedical science, to keep in touch with the latest findings. He published his own scientific journal when it was the only way to spread his own discoveries, which were numerous and major.

Perhaps most famously, Ramón y Cajal presented what he saw in the brain in thousands of drawings that elegantly show the brain’s wild menageries under the microscope, artwork that is stunningly created to emphasize structure and concepts. You can now see 80 of these masterpieces in the well-received Beautiful Brain exhibition at the MIT Museum.

Ramón y Cajal lived in a very different time—for instance, his autobiography has nothing but good to say about his wife but never mentions her name. He was not just genius but appealing human being. He was thoughtful, kind, wryly humorous, sociable, patient with others, resourceful, surprisingly tough, endlessly curious.  He wrote superbly on science and his own remarkable life. His aphorisms are still quoted. His lessons still stand.

“Drawing enhances discipline and attention, for it forces us to observe the totality of the phenomenon and see details overlooked in ordinary observation.”

“In our parks are there any trees more elegant and luxurious than the Purkinje cell from the cerebellum?”

“Nature is a harmonious mechanism where all parts, including those appearing to play a secondary role, cooperate in the functional whole.”