What do museums save of our pasts and which of those treasures do they surface in public? 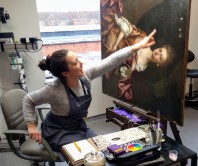 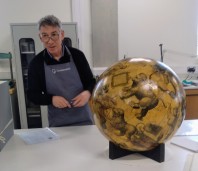 In a giant two-year-old warehouse in South Greenwich, the Prince Phillip Maritime Collection holds almost anything you can imagine that connects to Britain and the sea. Huge rooms filled with racks of paintings. Calfskin charts of the Mediterranean that predate lines of latitude and longitude, 400-year-old astronomical globes of remarkable precision and beauty, a 4,000-year-old Egyptian boat model… altogether, something like two million objects. Last week it was my privilege to take a behind-the-scenes tour of this motherlode, led by friendly staff.

I also wandered the Museum of London, just north of Saint Paul’s Cathedral, and its beautifully designed galleries with artifacts along a timeline from the prehistorical to the present day. This is not at all a small museum but a vastly larger version is well underway, created in part to display more of the  collection of some seven million items. And I gave a wave to HMS Belfast, the largest survivor of the British WW2 navy.

I’m a huge fan of digital humanities efforts, notably the European Time Machine megaproject, that seek to digitally preserve and present a wealth of historical material that otherwise could never appear in public. But we also hunger to see the original beasts—to come (almost) close enough to touch the actual paintings or charts or globes. How do museum curators choose? 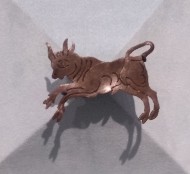